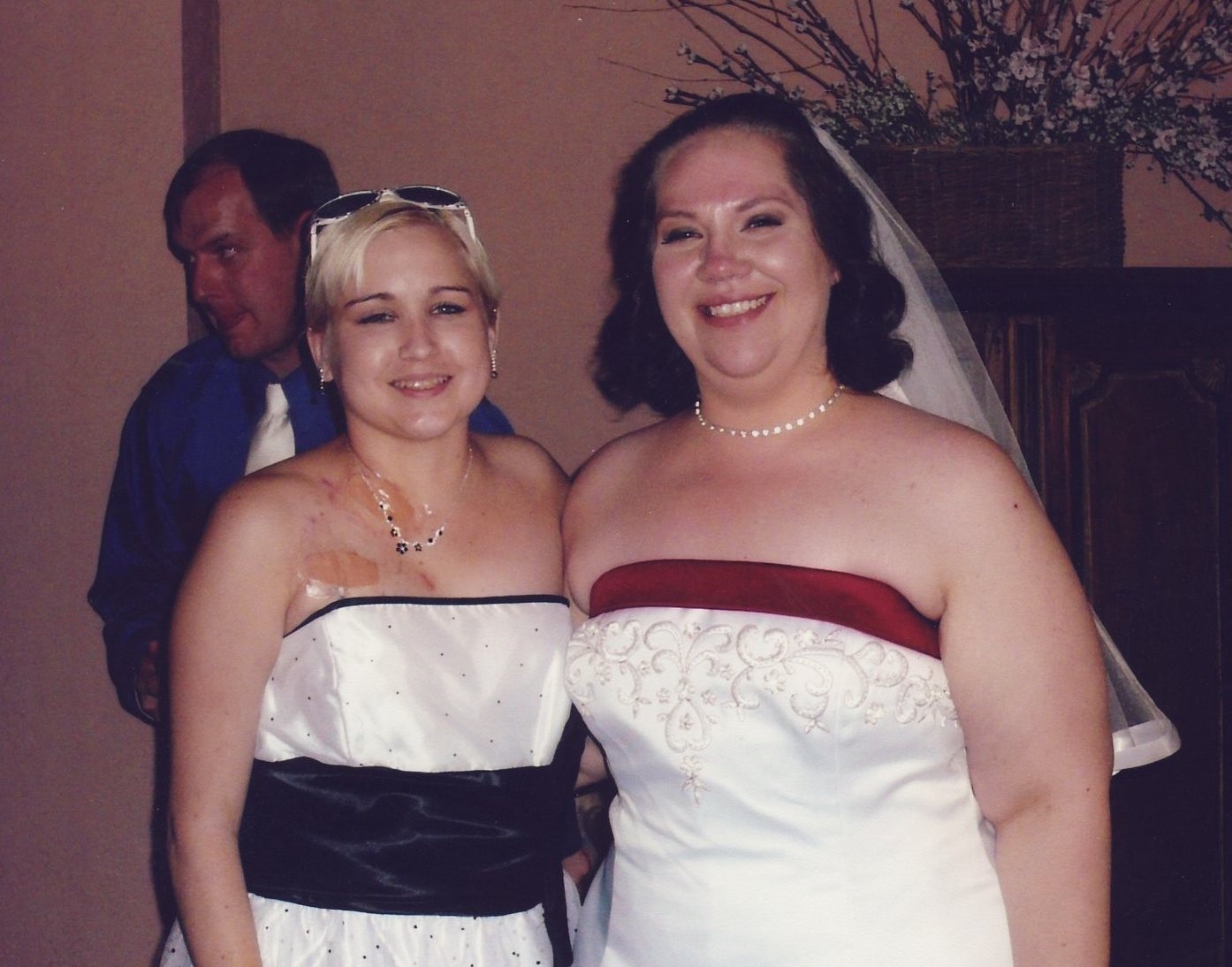 The original story of Stacey and Toby is 16 years old; I wrote the original Story for real-life Stacey after real-life Toby died, and I was never able to show it to her. My life got busy, and it was forgotten about. And in the last years of Stacey’s life, she was very sick.

Stacey and I met in an online MSN chat room in early 2000. We instantly had a connection. She was my “sister from another mister”. Her weirdness meshed so well with mine. It was a beautiful thing! We would spend hours chatting online or on the phone and laughing so hard I couldn’t breathe. We shared a mutual love for puns and Napoleon Dynamite, among many other things.

She was so funny and sarcastic. She was extraordinarily passionate about animals. At one point, she had a turtle, an iguana, multiple cats, dogs, birds, and I’m sure I forget a few. I remember when she rescued an adorable little pug from a puppy farm, I can’t remember if that was Annie or Frankie. She was studying to be a veterinarian.

Stacey loved books about serial killers before it was cool, and she hated ice cream. She loved music. Really really loved music. She constantly told me about new bands or new songs to listen to. She was my music guru. Her favourite band was 311. She even celebrated on March 11th, 3/11 in the US, as 311 Day. She also loved arts and crafts because she would do it from home and during her treatments

We met in person for the first time in 2009 at my wedding. Her parents had worked with her Drs to get Stacey time off from her dialysis to drive 8 hours to my hometown, where I was getting married. She was my honorary bridesmaid. I regret not spending more time with her when I had the chance. If only I had known.

In 2008, she went into a diabetic coma and woke up with acute blindness. She spent about 10 months in the hospital that year, with multiple complications, some of which required her to be on life support. In 2009, she was placed on the organ transplant list due to having complete kidney failure and dialysis three times a week. She also had eye surgery to correct vision damage from the diabetic coma.

In March 2011, she successfully had a double kidney transplant. On March 29th, 5 days later, I woke up with plans to go shopping to buy her a get-well gift but ended up broken-hearted when I read the email from her brother saying that she had passed away. Her body just couldn’t cope with such major surgery after spending so many years sick.

She was 28 years old. I miss her every single day.

I wrote this Story based on what I thought a 6-year-old version of Stacey would have been like and the crazy adventures I knew her imagination would have led her on.